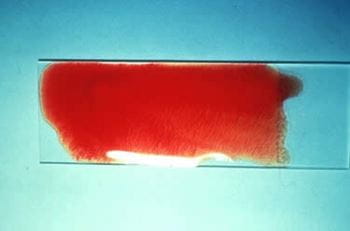 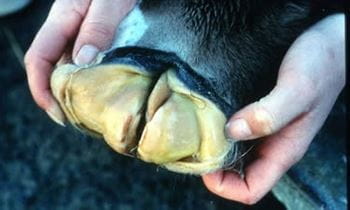 (IMHA) can be primary or secondary to neoplasia, infectious agents, drugs, or vaccinations. However, the literature confirming IMHA as a secondary consequence of disease is sparse. In IMHA, the immune system no longer recognizes RBCs as self and develops antibodies to circulating RBCs, leading to RBC destruction by macrophages and complement. In some cases, antibodies are directed against RBC precursors in the marrow, resulting in nonregenerative anemia. Animals with IMHA are usually icteric, sometimes febrile, and may have splenomegaly.

Hematologic hallmarks of IMHA are:

Animals with IMHA can show mild, indolent signs or be in an acute crisis. It is important to tailor treatment to the animal’s signs, including treating any underlying infections. Transfusion with packed RBCs is usually required. The goal of therapy is to stop the destruction of RBCs by treating with immunosuppressive drugs; supportive care is also a priority. Prednisone or prednisolone at a dosage of 2 mg/kg daily is considered first-line therapy. Azathioprine at 2 mg/kg/day then decreased to 2 mg/kg, every other day, after the first week (azathioprine is contraindicated in cats and may be replaced by chlorambucil), mycophenolate at 8–10 mg/kg twice daily, or cyclosporine at 5–10 mg/kg/day are considered as possible second agents. In one study, low-dose aspirin at 0.5 mg/kg/day improved survival times in dogs treated with azathioprine and prednisone. The veterinary literature is ambiguous on choice of second agent or when to introduce a second agent.

Pulmonary thromboembolism is a risk in dogs with IMHA. These dogs are often hypercoagulable, which can be documented with thromboelastography. Dogs documented to be in a hypercoagulable state should be anticoagulated with heparin, which may be used in combination with antiplatelet therapy (aspirin 0.5 mg/kg/day or clopidogrel 1–2 mg/kg/day) if the platelet count is >40,000/mcL. One study suggests the use of clopidogrel as more effective than aspirin in dogs. The dosing range for heparin is wide and variable, and dosage also depends on whether fractionated or unfractionated heparin is used. Heparin therapy can be monitored using activated partial thromboplastin time (APTT) or antifactor Xa concentrations (low-molecular-weight heparin).

Mortality rates for IMHA range from 20%–75%, depending on the severity of clinical signs and degree of hypercoagulability. Negative prognostic indicators may include a rapid drop in PCV, high bilirubin concentration, moderate to marked leukocytosis (28,000 to >40,000 cells/mcL), increased BUN, petechiae, intravascular hemolysis, autoagglutination, disseminated intravascular coagulation, and thromboembolic complications. Moderate to marked leukocytosis has been reported to be associated with tissue necrosis, most likely secondary to tissue hypoxia or thromboembolic disease. Referral to tertiary care facilities may improve survival.

Neonatal isoerythrolysis (NI) is an immune-mediated hemolytic disease seen in newborn horses, mules, cattle, pigs, cats, and rarely dogs. NI is caused by ingestion of maternal colostrum containing antibodies to one of the neonate’s blood group antigens. The maternal antibodies develop to specific foreign blood group antigens during previous pregnancies, unmatched transfusions, and from Babesia and Anaplasma vaccinations in cattle. Cats are unique in that blood type B cats have naturally occurring anti-A antibodies without prior exposure, and their kittens that are type A develop hemolysis after nursing. In horses, the antigens usually involved are A, C, and Q; NI is most commonly seen in Thoroughbreds and mules.

Neonates with NI are normal at birth but develop severe hemolytic anemia within 2–3 days and become weak and icteric. Diagnosis is confirmed by screening maternal serum, plasma, or colostrum against the paternal or neonatal RBCs. Treatment consists of stopping any colostrum while giving supportive care with transfusions. If necessary, neonates can be transfused with triple-washed maternal RBCs. NI can be avoided by withholding maternal colostrum and giving colostrum from a maternal source free of the antibodies. The newborn’s RBCs can be mixed with maternal serum to look for agglutination before the newborn is allowed to receive maternal colostrum.

Hypophosphatemia Hypophosphatemia in Animals Hypophosphatemia in the strict sense of the term refers to subnormal phosphorus concentrations in blood. In practice, however, it is common to consider hypophosphatemia as a synonym for phosphorus... read more causes postparturient hemoglobinuria and hemolysis in cattle, sheep, and goats. It can occur 2–6 weeks after parturition. Hypophosphatemia with secondary hemolysis is seen in dogs and cats secondary to diabetes mellitus Diabetes Mellitus in Dogs and Cats Diabetes mellitus is a common endocrine disease in dogs and cats, occurring in about 1 of every 300 patients. Clinical signs reflect hyperglycemia with resultant glycosuria. Diagnosis is made... read more , hepatic lipidosis Feline Hepatic Lipidosis Hepatic lipidosis (HL), the most common acquired and potentially lethal feline liver disease, is a multifactorial syndrome. In most cases, a primary disease process causing anorexia sets the... read more , and refeeding syndrome. Treatment with either oral or IV phosphorus is indicated, depending on the degree of hypophosphatemia. Cattle that drink too much water (water intoxication) are at risk of developing hemolysis secondary to hypotonic plasma. This is seen in calves 2–10 months old and causes respiratory distress and hemoglobinuria. Clinical signs can progress to convulsions and coma. Hemolytic anemia, hyponatremia and hypochloremia, decreased serum osmolality, and low urine specific gravity in a calf would support the diagnosis of water intoxication. Treatment consists of hypertonic fluids (2.5% saline) and diuretics (eg, mannitol).

Toxins and drugs can cause anemia by many mechanisms. Those implicated most frequently in animals and their pathogenic mechanisms are listed (see Table: Toxic Causes of Anemia Toxic Causes of Anemia Anemia is an absolute decrease in RBC numbers, hemoglobin concentration, or PCV. Signs include pale mucous membranes, increased heart rate, and hypotension. Diagnosis can be made by CBC, but... read more

Many infectious agents—bacterial, viral, rickettsial, and protozoal—can cause anemia by direct damage to RBCs, leading to hemolysis, or by direct effects on precursors in the bone marrow (see Table: Infectious Causes of Anemia Infectious Causes of Anemia Anemia is an absolute decrease in RBC numbers, hemoglobin concentration, or PCV. Signs include pale mucous membranes, increased heart rate, and hypotension. Diagnosis can be made by CBC, but... read more

Several heritable RBC disorders cause anemia. Pyruvate kinase deficiencies are seen in Basenjis, Beagles, West Highland White Terriers, Cairn Terriers, and other breeds, as well as Abyssinian and Somali cats. There is no treatment for pyruvate kinase deficiency, and affected dogs will have a shortened lifespan due to myelofibrosis and osteosclerosis of the bone marrow. Affected cats will have chronic intermittent hemolytic anemia, which is sometimes helped by splenectomy and corticosteroids. Unlike dogs, cats have not been reported to develop osteosclerosis.

Phosphofructokinase deficiency occurs in English Springer Spaniels. Deficiencies in these enzymes lead to shortened RBC lifespan and regenerative anemia. In dogs with phosphofructokinase deficiency, the hemolytic crises are set off by alkalosis secondary to excessive excitement or exercise. If such situations are minimized, these dogs may have a normal life expectancy.

A hereditary hemoglobinopathy, porphyria Congenital Erythropoietic Porphyria read more , leads to build-up of porphyrins in the body and has been described in cattle, cats, and pigs. It is most prevalent in Holstein cattle and can lead to a hemolytic crisis. Affected calves fail to thrive and are photosensitive. Diagnosis is made by finding increased levels of porphyrins in bone marrow, urine, or plasma. Teeth of affected animals fluoresce under ultraviolet light.