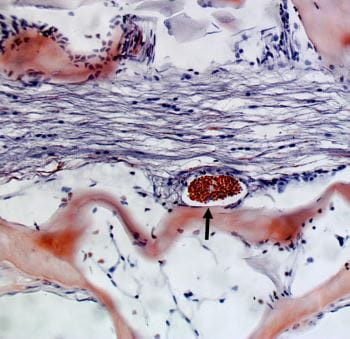 Aquatic fungi often are considered secondary tissue invaders that follow traumatic injuries, infectious agents, or environmental insults such as poor water quality or low water temperatures. Because many fungi grow on decaying organic matter, they are especially common in the aquatic environment.

For more information on Saprolegnia and other members of the Oomycota, which are fungus-like protists, see Protistans Infecting Gills and Skin Protistans Infecting Gills and Skin All of the major groups of animal parasites are found in fish, and apparently healthy wild fish often carry heavy parasite burdens. Parasites with direct life cycles can be important pathogens... read more

Fusarium solani is emerging as an important cause of disease in captive marine fish, particularly elasmobranchs. This organism is found in aquatic plants and soils in tropical and subtropical regions. Clinical disease has been reported in bonnethead and scalloped hammerhead sharks, as well as several species of marine fish, including angelfish and parrotfish. Disease is associated with low water temperatures (<80°F or 27°C). Bonnethead sharks are particularly susceptible and develop erosions and granulomatous lesions along the head. Resolution of lesions requires warming the affected animals to a more appropriate temperature for the species.

Closely related to true fungi, microsporidia are tiny, obligate intracellular, spore-forming parasites with single polar filaments. They are common parasites of finfish and are host- and tissue-specific; they can also infect helminth parasites of fish. The spores are extremely resistant, and microsporidia are considered nontreatable. Microsporidia have a direct life cycle; therefore, horizontal transmission in an aquarium is likely. Some species of microsporidia cause the formation of xenomas; a xenoma results in the hypertrophy of an infected cell and its nucleus and is often surrounded by fibrous connective tissue by the host.

The spores are very hardy and can remain infective in water for many months. Ingestion of the spores is the primary route of infection, but entry through other portals, eg, damaged skin or gills, and transovarial transmission are possible.

Recommendations for management of microsporidian disease include removal of older and moribund animals from a population, ultraviolet sterilization, and strict biosecurity. Depopulation and disinfection are recommended for elimination of microsporidian infections.

Neon tetra disease is caused by Pleistophora hyphessobryconis, which infects the skeletal musculature of a number of species of aquarium fish, including tetras, angelfish, rasboras, barbs, and zebrafish. Infected fish may exhibit abnormal locomotion caused by muscle damage, and muscle tissue may appear marbled or necrotic at necropsy. The spores are readily visualized in wet mounts of infected tissue.

The microsporidia Pseudoloma neurophilia infects zebrafish and can be problematic in research facilities and the pet industry. The nervous system and skeletal muscles are the most common sites of infections, but occasionally other organs such as gonads are affected. A common presentation is lordosis, but some fish may present with a grossly distended body with pale epaxial musculature caused by a massive number of parasites. Often, fish may be heavily infected yet show no clinical signs of disease. Xenomas are not formed with this microsporidia. Fish are infected by ingesting spores from an infected fish or during spawning activity, when spores may be released from an infected ovary. It is unknown whether this parasite can be transmitted vertically. An important source of infective spores is tank debris.

A number of microsporidia belonging to the genus Glugea are associated with disease in a disparate group of host fishes, including seahorses, flounder, and sticklebacks. Infection with the members of this genus results in xenoma formation.

Meningitis, Encephalitis, and Encephalomyelitis in Animals