Neoplasms of the Kidney

Neoplasms of the Lower Urinary Tract

Neoplasia of the Urinary System in Small Animals 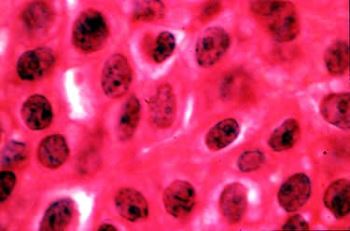 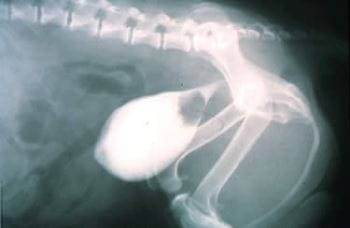 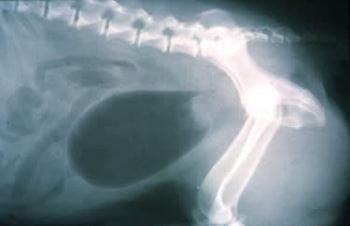 Neoplasms of the Kidney

Neoplasms of the kidney are uncommon and represent ~0.5%–1.7% of all neoplasms in dogs. Benign neoplasms are uncommon, usually incidental findings at necropsy, and generally of little clinical significance. Adenomas, lipomas, fibromas, and papillomas have been reported.

Primary malignant renal neoplasms (except nephroblastomas) are most common in middle-aged to older animals. No breed predilection has been found, except for heritable predilection for the development of bilateral, multifocal cystoadenocarcinomas in German Shepherds, generally between 5–11 yr of age. The most common primary malignant renal neoplasm is carcinoma, which originates from the renal tubular epithelium. Usually, it is unilateral, located at one pole of the kidney, and well demarcated. Size varies from microscopic to several times that of the normal kidney, and color may be yellow, white, or gray. Renal carcinomas metastasize early to various organs; the opposite kidney, lungs, liver, and adrenals are involved most commonly.

Nephroblastomas (embryonal nephroma, Wilms’ tumor) arise from vestigial embryonic tissue. They are seen in young animals and, in dogs, are most commonly diagnosed at <1 yr of age. There is no breed predilection. Males are affected twice as commonly as females. Nephroblastomas are usually unilateral but are occasionally bilateral. They can grow to immense size; it is not uncommon to have virtually the entire abdomen occupied by tumor. Metastasis may occur to regional lymph nodes, liver, and lungs.

). Other primary malignant renal neoplasms are uncommon and include hemangiosarcomas, fibrosarcomas, leiomyosarcomas, and squamous cell carcinomas.

The kidneys are a common site of metastatic or multicentric neoplasms. Metastatic lesions may be unilateral or bilateral. Lymphosarcoma is the most common multicentric tumor involving the kidneys. As many as 50% of dogs and cats with lymphosarcoma have renal lesions and, in some cases, only the kidneys or kidneys and brain are affected. Renal involvement is usually multifocal or diffuse, interstitial, and bilateral, and results in large, irregular kidneys. Lymphosarcoma in cats frequently is associated with infection by feline leukemia virus.

History and clinical signs may indicate a mass in the area of the kidneys or renomegaly, which can be confirmed by ultrasonography or radiography, although an excretory urogram or renal arteriogram may be required. Radiographs of the thorax may reveal metastatic disease. Neoplastic cells occasionally can be found in the urine sediment. A tissue sample suitable for a diagnosis may be obtained via catheterization. Cystoscopic biopsy can be an effective method to obtain a diagnostic sample in dogs with transitional cell carcinoma of the bladder and urethra, especially females. Percutaneous needle aspiration and cytologic examination may be sufficient for the diagnosis of lymphosarcoma in cats and dogs, particularly when there is diffuse involvement or with ultrasonographic guidance when multifocal disease occurs. Histologic examination of tissue obtained by cystoscopy, needle biopsy, or surgical wedge biopsy is often necessary to determine the type of tumor.

Neoplasms of the Lower Urinary Tract

Neoplasms of the ureters, bladder, and urethra are uncommon in dogs and rare in cats. The low incidence in cats may be due to a difference in tryptophan metabolism that results in low urinary concentrations of carcinogenic tryptophan metabolites. The mean age of affected dogs and cats is 9 yr.

In the lower urinary tract, primary neoplasms are more likely to be malignant than benign. Papillomas, leiomyomas, fibromas, neurofibromas, hemangiomas, rhabdomyomas, and myxomas are found infrequently.

Among primary malignant neoplasms of the lower urinary tract, transitional cell carcinomas are diagnosed most frequently in both species. Squamous cell carcinomas, adenocarcinomas, fibrosarcomas, leiomyosarcomas, rhabdomyosarcomas, hemangiosarcomas, and osteosarcomas also are found. Transitional cell carcinomas may be solitary or multiple papillary-like projections from the mucosa or may develop as a diffuse infiltration of the ureter, bladder, prostate, and/or urethra. Cystic transitional cell tumors are more common in certain breeds of dogs, particularly Scottish Terriers, have been associated with prior therapy with cyclophosphamide, and may be linked to exposure to herbicides and older-generation insecticides. Transitional cell tumors are highly invasive and metastasize frequently, most commonly to the regional lymph nodes and lungs. Ureteral and bladder neoplasms can cause chronic obstruction to urine flow with secondary hydronephrosis. Urethral tumors are more likely to cause acute obstructive uropathy. Intractable secondary bacterial urinary tract infections are commonly associated with neoplasms of the bladder and urethra.

History and clinical signs are highly suggestive of lower urinary tract disease in animals with tumors of the bladder or urethra. Urinalysis frequently reveals hematuria, and there may be evidence of secondary infection. Chronic, uncomplicated urinary tract infections must be differentiated from those associated with neoplasms. Neoplastic cells may be found in the sediment, particularly with transitional cell carcinomas. For bladder tumors in dogs, the veterinary bladder tumor antigen test may be helpful, although false-positives do occur. A cystourethrogram, retrograde urethrogram, or ultrasonography is generally necessary to determine the location and extent of the tumor. Biopsy of the tumor is required for definitive diagnosis.

Excision of the tumor, if possible, is the most beneficial therapy. Transitional cell carcinomas are frequently located at the trigone of the bladder or in the urethra and may necessitate radical reconstructive surgery of the lower urinary tract. Prognosis is poor for these animals, even with surgery, because recurrence and metastasis occur rapidly. Radiation therapy and/or chemotherapy with piroxicam, cisplatin, doxorubicin, vinblastine, chlorambucil, or mitoxantrone will generally prolong the life of affected animals. Dogs with transitional cell carcinoma, including those being treated for the tumor, are predisposed to development of bacterial urinary tract infections, and routine urine cultures are indicated.

Disorders of Micturition in Small Animals