VETERINARY PET
IN THIS TOPIC

Last review/revision May 2021 | Modified Oct 2022
Caprine arthritis and encephalitis (CAE) is a persistent lentiviral infection of goats. There are multiple clinical presentations: 1) leukoencephalomyelitis, affecting 2- to 6-month-old kids, 2) chronic, hyperplastic polysynovitis, 3) indurative mastitis, and 4) interstitial pneumonia. Presence of caprine arthritis encephalitis virus (CAEV) can be confirmed in a goat herd by means of serologic testing; however, a positive result does not guarantee an individual animal will develop clinical signs of disease. A presumptive diagnosis is based on clinical signs. There is no vaccine or specific treatment for CAEV, supportive care is indicated, with euthanasia necessary in severe cases.

Caprine arthritis and encephalitis virus (CAEV) infection is manifested clinically as polysynovitis-arthritis in adult goats and less commonly as leukoencephalomyelitis (progressive weakness, ataxia, proprioceptive deficits) in kids. Subclinical or clinical interstitial pneumonia, indurative mastitis ("hard udder”), and chronic wasting have also been attributed to infection with this virus. However, most CAEV infections are subclinical. Infection with CAEV decreases the lifetime productivity of dairy goats and is a barrier to exportation of goats from North America.

CAEV infection is widespread (seroprevalence rate > 65%) among dairy goats in most high-income economies such as Canada, Norway, France, and the US, whereas it is comparatively rare among indigenous goat breeds raised in lower and middle-income countries, except where there is a history of contact with imported goats.

Etiology, Epidemiology, and Pathogenesis of Caprine Arthritis and Encephalitis

Caprine arthritis encephalitis virus is an enveloped, single-stranded RNA lentivirus in the family Retroviridae. There are several genetically distinct isolates of the virus that differ in virulence.

This virus is closely related to the ovine lentiviruses that cause ovine progressive pneumonia Lentivirus Pneumonia in Sheep and Goats Lentiviral infection causes a progressive, interstitial pneumonia typically observed in mature sheep. Clinical signs include weight loss and increasing respiratory distress. There is no treatment... read more and maedi-visna in North America and Europe, respectively. Cross-species transmission is possible via feeding of infected milk and colostrum. Therefore, the ovine and caprine lentiviruses are commonly referred to as small ruminant lentiviruses.

CAEV infection is widespread in dairy goat breeds but uncommon in meat- and fiber-producing goats. This distinction has been attributed to genetic factors, management practices such as feeding colostrum and milk from a single dam to multiple kids, and farming practices in high-income countries (eg, frequent introductions of new animals into a herd). Prevalence of infection increases with age but is apparently not influenced by sex. Most goats are infected at an early age, remain seropositive for life, and may develop signs of disease months to years after infection.

The chief mode of spread of CAEV is via ingestion of virus-infected colostrum or milk by kids. The feeding of pooled colostrum or milk to kids is a particularly risky practice, because a few infected does will spread the virus to a large number of kids. Horizontal transmission also contributes to disease spread within herds and may occur through direct contact, exposure to fomites at feed bunks and waterers, ingestion of contaminated milk in milking parlors, or serial use of needles or equipment contaminated with blood. Unlikely methods of transmission, as indicated by results of experimental studies, include in utero transmission to the fetus, infection of the kid during parturition, and infection via natural breeding or embryo transfer.

The pathogenesis of CAE is not fully understood. Virus-infected macrophages in colostrum and milk are absorbed intact through the gastrointestinal mucosa. Infection is subsequently spread throughout the body via infected mononuclear cells. Periodic viral replication and macrophage maturation induce characteristic lymphoproliferative lesions in target tissues and organs such as the lungs, synovium, choroid plexus, and udder. Persistence of CAEV in the host is facilitated by its ability to become sequestered as provirus in host cells. Infection induces strong humoral and cell-mediated immune responses, but neither response is protective.

Clinical signs of caprine arthritis and encephalitis may be observed in ~20% of CAEV–infected goats during their lifetime. The most common manifestation of infection is polysynovitis-arthritis, which is seen primarily in adult goats but can occur in kids as young as 6 months old. Signs of polysynovitis-arthritis include joint swelling and lameness of varying severity. The carpal joints are most frequently involved. The onset of arthritis may be acute or chronic, but the clinical course is always progressive. Affected goats also lose weight and usually have poor hair coats.

Encephalomyelitis is generally seen in kids 2–6 months old but has been reported in older kids and adult goats. Affected kids initially exhibit weakness, ataxia, and hind limb proprioceptive deficits. Hypertonia and hyperreflexia are also common. Over time, signs progress to paraparesis or tetraparesis and paralysis. Depression, head tilt, circling, opisthotonos, torticollis, and paddling of the limbs have also been reported.

Interstitial pneumonia due to CAEV infection rarely produces clinical signs in kids. However, in adult goats with serologic evidence of CAEV infection, chronic interstitial pneumonia may lead to progressive dyspnea. The “hard udder” syndrome attributed to CAEV infection is characterized by a firm, swollen mammary gland and agalactia at the time of parturition. Milk quality is usually unaffected. Although the mammary gland may soften and produce close to a normal volume of milk, production remains low in many goats with indurative mastitis.

Histopathologic lesions due to CAEV infection are generally described as lymphoproliferative, with degenerative mononuclear cell infiltration. Lesions in joints are characterized by thickening of the joint capsule and marked proliferation of synovial villi. In chronic cases, soft-tissue calcification involving joint capsules, tendon sheaths, and bursae is not uncommon. Severe cartilage destruction, rupture of ligaments and tendons, and periarticular osteophyte formation have also been described in advanced cases.

Gross lesions associated with the neurologic form of CAEV include asymmetric, brownish pink, swollen areas, most commonly located in the cervical and lumbosacral spinal cord segments. Histopathologically, these lesions are characterized by multifocal, mononuclear cell inflammatory infiltrates and a varying extent of demyelination. During gross examination, lungs of affected goats may be seen as firm and gray-pink, with multiple, small, white foci, and do not collapse. The bronchial lymph nodes are invariably enlarged. Microscopic features of articular lesions include synovial cell hyperplasia, subsynovial mononuclear cell infiltration, villous hypertrophy, synovial edema, and synovial necrosis. Histopathologic findings include chronic interstitial pneumonia with mononuclear cell infiltration in alveolar septae and in perivascular and peribronchial regions. In does with udder induration, mononuclear infiltration of periductular stroma obliterates healthy mammary tissue.

Diagnosis of Caprine Arthritis and Encephalitis

A presumptive diagnosis of caprine arthritis and encephalitis can be based on clinical signs and patient history. Infectious arthritis caused by Mycoplasma spp and traumatic arthritis are differential diagnoses for arthritis due to CAEV infection. Differential diagnoses for the progressive paresis and paralysis exhibited by young kids should include enzootic ataxia, spinal cord abscess Inflammatory and Infectious Diseases of the Spinal Column and Cord in Animals Infectious and inflammatory diseases of the spinal column and spinal cord include bacterial, rickettsial, viral, fungal, protozoal, and parasitic infections and idiopathic inflammatory disease... read more 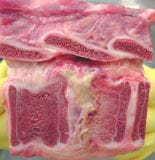 , cerebrospinal nematodiasis Overview of Central Nervous System Diseases in Animals Caused by Helminths and Arthropods A number of metazoan parasites (helminths and arthropods) can cause central nervous system diseases in animals and may be categorized as described as follows. Zoonotic conditions are also noted... read more , spinal cord trauma Trauma of the Spinal Column and Cord in Animals Lateral radiographic view of a dog with a fracture of the L5 vertebral body and L5-L6 luxation with ventral displacement of the caudal segment. Postoperative lateral radiographic view of a dog... read more

, and congenital anomalies of the spinal cord and vertebral column Congenital and Inherited Anomalies of the Nervous System in Animals Congenital defects of the CNS are, by definition, present at birth. Some congenital defects may be inherited, others may be caused by environmental factors (eg, toxic plants, nutritional deficiencies... read more . If a neurologic examination indicates brain involvement, polioencephalomalacia Polioencephalomalacia in Ruminants Polioencephalomalacia is a common neurologic disease of ruminants. The main clinical signs reflect dysfunction of the cerebrum and include wandering, circling, cortical blindness, incoordination... read more

, listeriosis Listeriosis in Animals The most common clinical manifestation of listeriosis is a localized ascending asymmetric infection of the brain stem of ruminants by Listeria monocytogenes. The resultant meningoencephalitis... read more

, and rabies Rabies Rabies is an acute, progressive encephalomyelitis caused by lyssaviruses. It occurs worldwide in mammals, with dogs, bats, and wild carnivores the principle reservoirs. Typical signs include... read more should be considered. The pulmonary form of caseous lymphadenitis Caseous Lymphadenitis of Sheep and Goats Caseous lymphadenitis (CL) is a chronic, contagious bacterial disease that manifests clinically as abscesses of peripheral and/or internal lymph nodes and organs. The characteristic purulent... read more

may have a similar clinical presentation to the pulmonary form of CAEV in adult goats.

Both an agar gel immunodiffusion test and ELISA for CAEV are considered sufficiently reliable for use in herd control programs. The agar gel immunodiffusion test is reported to be more specific but less sensitive than the ELISA test. A positive test result in an adult goat implies infection but does not confirm that the clinical signs are caused by CAEV. Kids infected at birth develop a measurable antibody response 4–10 weeks after infection. However, positive test results in kids < 90 days old usually reflect colostral antibody transfer. Negative test results do not reliably exclude CAEV infection, because the time for postinfection seroconversion is variable, and some goats have a very low antibody titer that may not be detectable. Low antibody titers are common in late pregnancy. Because of the limitations of serologic testing, definitive diagnosis of clinical CAEV requires demonstration of characteristic lesions in biopsy specimens or post-mortem. Virus isolation or PCR assay to demonstrate presence of viral antigen in tissues may be used to further confirm the diagnosis.

Treatment and Control of Caprine Arthritis and Encephalitis

There are no specific treatments for any of the clinical manifestations of caprine arthritis and encephalitis virus infection. However, supportive treatments may benefit some patients. The condition of goats with polysynovitis-arthritis may be improved with regular foot trimming, use of additional bedding, and administration of NSAIDs such as meloxicam, flunixin meglumine, phenylbutazone, or aspirin. Goats with encephalomyelitis may be managed for weeks with good nursing care. Antimicrobial treatment is indicated to treat secondary bacterial infections that may complicate interstitial pneumonia or indurative mastitis components in cases of CAEV infection. Providing high-quality, readily digestible feed to goats positive for CAEV may delay the onset of wasting. Eventually, euthanasia may be necessary for animals with advanced disease.

In commercial herds, one or more of the following have been recommended for control of CAE: 1) permanent isolation of kids beginning at birth; 2) feeding of heat-treated colostrum (45°C [113°F] for 60 minutes) and pasteurized milk; 3) semi-annual serologic testing of the herd, with identification and segregation of seronegative and seropositive goats; and 4) eventual culling of seropositive goats. If the control program includes segregation of herds into seropositive and seronegative groups, groups should be separated by a minimum of 6 ft (1.8 m), and shared equipment should be disinfected using phenolic or quaternary ammonium compounds.