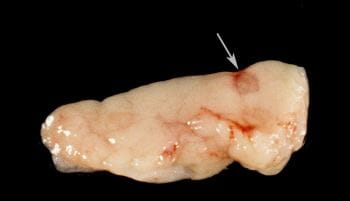 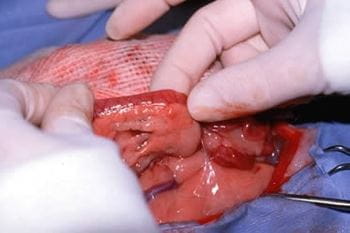 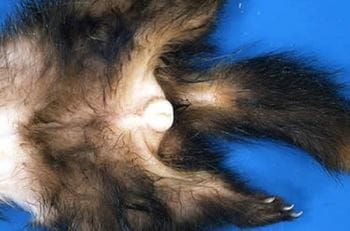 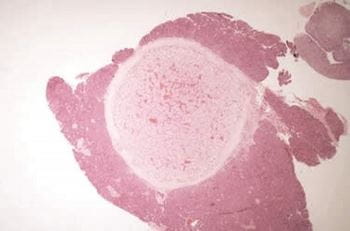 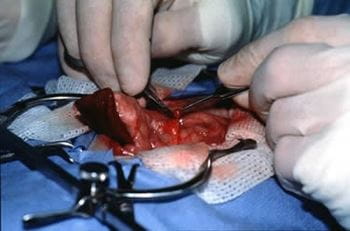 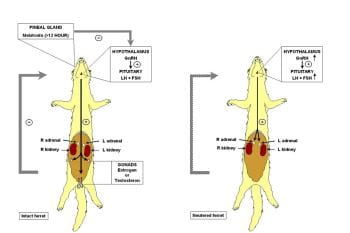 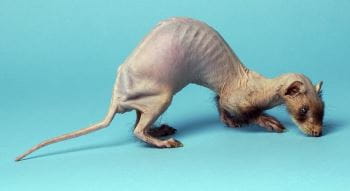 Endocrine diseases are among the most commonly seen conditions in ferrets, with insulinomas Functional Islet Cell Tumors in Small Animals Islet cell tumors are the most common cause of hypoglycemia in older dogs. Clinical signs vary but often consist of weakness, ataxia, collapse and seizures. Diagnosis is by documenting hypoglycemia... read more

constituting the majority of the endocrinopathies. Other endocrine disorders that may be encountered in ferrets include persistent estrus, diabetes mellitus Diabetes Mellitus in Dogs and Cats Diabetes mellitus is a common endocrine disease in dogs and cats, occurring in about 1 of every 300 patients. Clinical signs reflect hyperglycemia with resultant glycosuria. Diagnosis is made... read more , hypothyroidism Hypothyroidism in Animals Hypothyroidism is thyroid hormone deficiency. It is diagnosed by clinical features such as lethargy, weight gain, obesity, haircoat changes, and low serum thyroid hormone concentrations. Management... read more , and hypoparathyroidism Hypoparathyroidism in Dogs Hypoparathyroidism of various causes is primarily recognized in dogs and is characterized by insufficient PTH secretion by parathyroid glands. Deficiency of PTH results in an inability to adequately... read more . Growth hormone deficiency or excess, diabetes insipidus, hyperthyroidism, hyperparathyroidism, and spontaneous Addison disease have not been described but should not be excluded from the differential. Further diagnostic evaluation for such diseases is warranted when confronted with a ferret with clinical signs corresponding to signs seen in dogs and/or cats with the aforementioned endocrine diseases.

Insulinomas Functional Islet Cell Tumors in Small Animals Islet cell tumors are the most common cause of hypoglycemia in older dogs. Clinical signs vary but often consist of weakness, ataxia, collapse and seizures. Diagnosis is by documenting hypoglycemia... read more

are very common in ferrets >2–3 years old. These functional tumors of the pancreatic beta cells are usually small (0.5–2 mm) and result in hypoglycemia due to excessive, uncontrolled insulin secretion. Clinical signs vary from lethargy, stargazing, and weakness in the hind limbs to complete collapse, generalized seizures, and coma. Ptyalism, pawing at the mouth, and signs of nausea may also be seen. In addition, owners may notice a glazed look in the eyes of their ferrets. An important feature in ferrets with an insulinoma is that the clinical signs often resolve after the ferret has eaten some food.

Insulinomas rarely metastasize in ferrets. Diagnosis is based on clinical signs in combination with a low blood glucose concentration (<60 mg/dL [<3.3 mmol/L]; reference range: 90–125 mg/dL [5.0–7.0 mmol/L]) after the ferret has had food withheld for at least 4 hours. Plasma insulin concentrations will usually be increased (>108 mIU/L or >773 pmol/L) but may be within the reference range. Fructosamine concentrations were not found to differ significantly between healthy and hypoglycemic ferrets. Other blood parameters are usually normal.

Medical and surgical treatments are possible, with many factors playing a role in the decision-making process between both treatment options. Any ferret with an insulinoma should be fed free choice, and owners must ensure that the ferret is eating throughout the day. Surgical removal of the insulinoma(s) is seemingly the best option to eliminate the source of excess insulin production. Nodulectomy or partial pancreatectomy, or both, are done depending on the number and location of the pancreatic nodules. Prednisone (0.5–2 mg/kg, PO, twice a day) and diazoxide (5–30 mg/kg, PO, twice a day; titrated to effect) are the most commonly used drugs to treat insulinomas. Prednisone, which stimulates gluconeogenesis, is frequently reported as the first choice for medical treatment. Although adverse effects are seldom seen in ferrets, weight gain and impaired hair growth (suggestive of iatrogenic hyperadrenocorticism Cushing Syndrome (Hyperadrenocorticism) Cushing syndrome refers to any cause of elevated cortisol concentrations. Pituitary-dependent hyperadrenocorticism (PDH; Cushing disease) is the most common form of hyperadrenocorticism and... read more

) may develop in ferrets that have been given glucocorticoids for long periods of time. Diazoxide inhibits insulin release from the beta cells, stimulates hepatic gluconeogenesis and glycogenolysis, and inhibits cellular uptake of glucose. Both drugs may be used alone or synergistically in combination. The disease-free period between surgical and medical treatment does not differ dramatically.

Hyperadrenocorticism, also referred to as adrenocortical disease, or adrenal gland disease, is the most common endocrine tumor seen in ferrets. Based on previous studies, it is considered likely that the increased concentrations of gonadotropins, which occur after neutering because of the loss of negative feedback, persistently stimulate the adrenal cortex, which eventually results in adrenocortical growth. The time of neutering is no longer thought to play a significant role.

The most prominent signs of hyperadrenocorticism in ferrets are symmetrical alopecia, a swollen vulva in neutered female ferrets, return of sexual behavior after neutering in male ferrets, and pruritus. In male ferrets, urinary obstruction due to periprostatic or periurethral cysts and prostatic enlargement may be seen, whereas mammary gland enlargement is occasionally seen in female ferrets.

A presumptive diagnosis is made after history and physical examination. The enlarged adrenal glands may be palpable craniomedial to either kidney (the left adrenal is easier to palpate than the right). Ultrasonography is the most useful tool to determine whether one or both adrenal glands are affected or whether an ovarian remnant (the single most important differential diagnosis in females) is present. Computed tomography in combination with intravenous contrast medium is also a good way to assess the size of the adrenal glands. Hyperfunctioning of the adrenal cortex can only be determined through measurement of the adrenocortical hormones, androstenedione, estradiol, and 17-hydroxyprogesterone (hormone panel can be measured by the University of Tennessee). However, elevation of one or more of these hormones does not help in differentiating between hyperadrenocorticism and an active ovarian remnant.

Treating ferrets with hyperadrenocorticism involves either surgery and/or the use of a long-acting GnRH analogue. The left adrenal gland can be fairly easy to surgically remove, whereby only the vena phrenicoabdominalis needs to be ligated. Resection of the right adrenal gland is more difficult because of its dorsolateral attachment to the caudal vena cava and close proximity to the liver.

The depot GnRH-agonist deslorelin-containing implant is licensed for use in the treatment of hyperadrenocorticism in ferrets. Deslorelin suppresses the release of gonadotropins by continuously releasing deslorelin into the circulation, thereby overriding the pulsatile release of GnRH needed for the release of gonadotropins. In addition, the GnRH receptors in the pituitary gland are down-regulated. Autonomous production of steroids by the adrenal gland may occur over time, resulting in a loss of efficacy of the implant and recurrence of clinical signs.

Preliminary data furthermore suggest that the use of the depot deslorelin-containing implant as an alternative to surgical neutering will decrease the incidence of adrenal disease in ferrets.